Chitwan National Park, one of the famous parks of Asia and easily accessible from Kathmandu. This National park is situated in the subtropical inner Terai lowland of south-central Nepal. It is about 169 km from Kathmandu. It covers an area of 932 sq km. The park covers a pristine area with a unique ecosystem of significant value to the world. It contains the Churiya hills, ox-bow lakes, Narayani River. Approximately 70% of the park vegetation is sal forest. The grassland 20%, riverine forest 7%, Sal with chirping 3%, the latter occupying at the top of the Curiya range. The riverine forests consists mainly of Khair, sissoo and simal. The grassland forms a diverse and complex community with over 50 species. The Saccharum species, often called elephant grass, can reach 8 m. in height. The shorter grasses such as Imperata are useful for thatch roofs.

There are more than 43 species of mammals in the park. The park is especially renowned for the endangered one-horned rhinoceros, the tiger, and the gharial crocodile along with many other common species such as gaur, wild elephant, four horned antelope, striped hyena, pangolin, Gangetic dolphin, monitor lizard, and python. Other animals found in the park include the sambar, chital, hog deer, barking deer, sloth bear, palm civet, langur, and rhesus monkey. 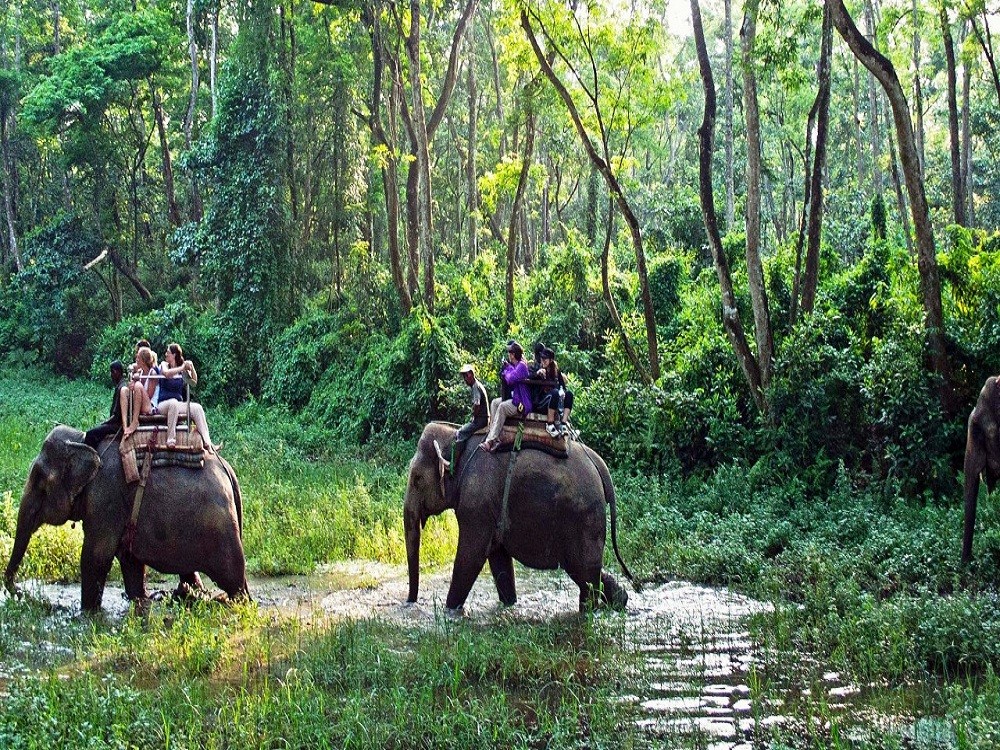 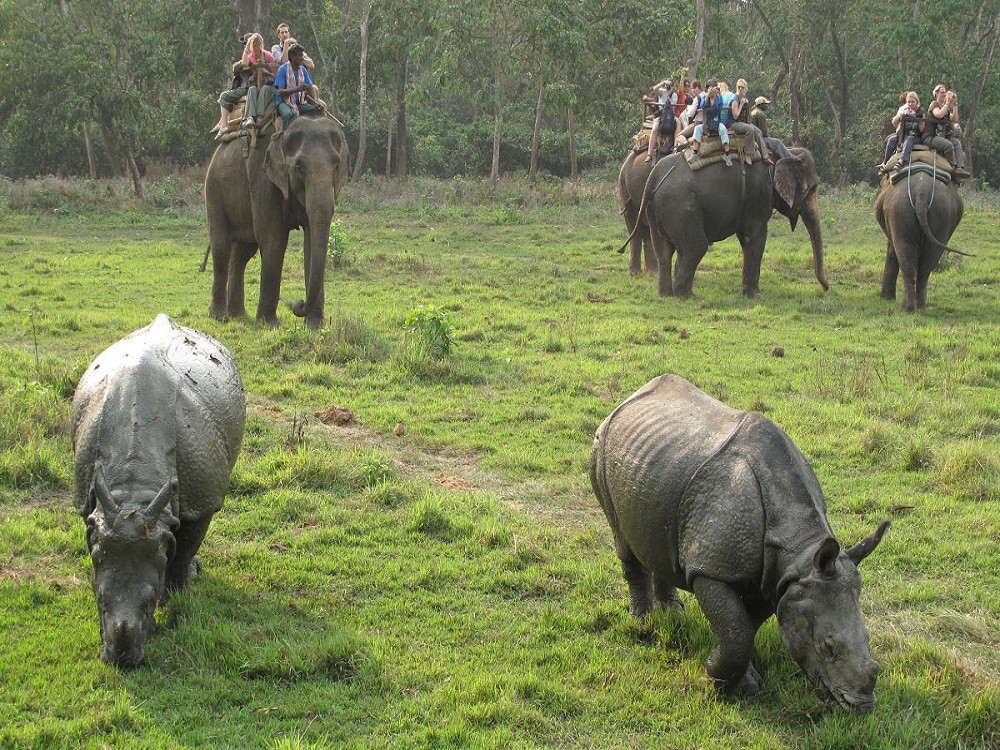